Before we had robots, people had to kill giants the old-fashioned way. By welding serrated blades onto their trucks.

I didn’t post yesterday, ’cause I was on the road to Chicago for C2E2. Just wanted to let you know that due to the convention I won’t do a real post today either, but there are new KAM pages up, so you should go check those out.

I’ll tell you all about the show later. 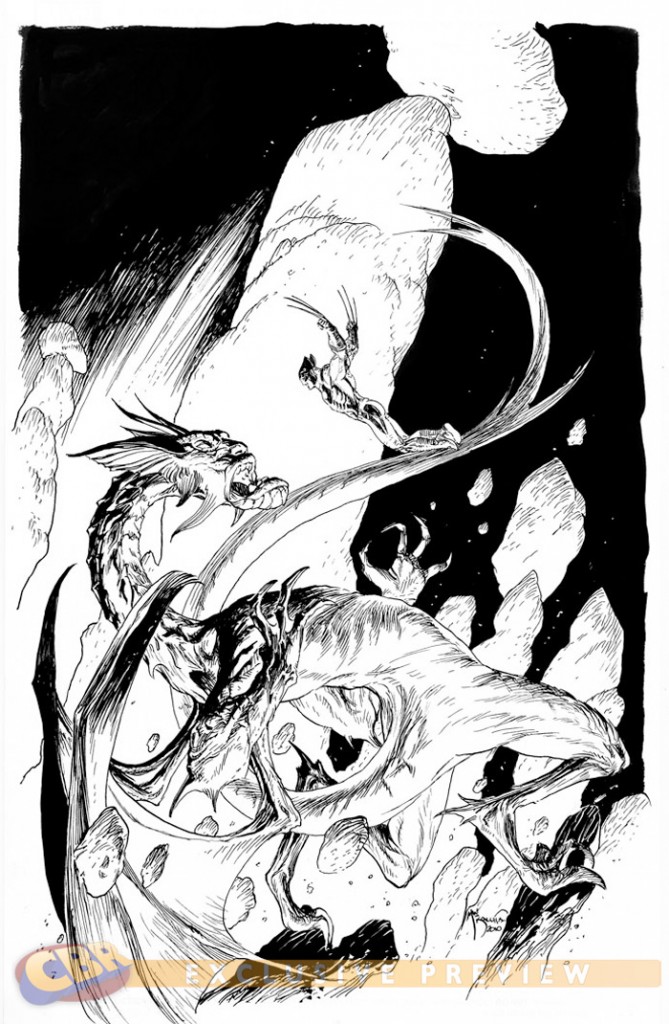 Wolverine vs. Fin Fang Foom is coming just in time for Valentine’s Day. Marvel must love us.

A couple of quick things:

First, an introduction. I’m Michael May. I write for Comic Book Resources’ Robot 6 blog where I have a column called “Gorillas Riding Dinosaurs.” ‘Cause those are the kind of comics I like. Awesome ones. I also have a blog of my own called the Adventureblog and review movies for Flick Attack, because sometimes adventure is too big for just one medium. Also, I write Kill All Monsters!.

Second, a word about this blog. It’s part production-blog, so you’ll see updates about the comic, but Jason and I agree that production blogs can get pretty dull if that’s all they are. That’s why I want to use it as a portal for all things giant: monsters and robots alike. We’ll link to cool art, talk about movies, maybe review some books… If it’s got giant monsters and/or robots in it, it’s fair game.

So, check back often. Better yet, add us to your RSS reader. We’ll be updating regularly and it’s going to be a lot of fun.