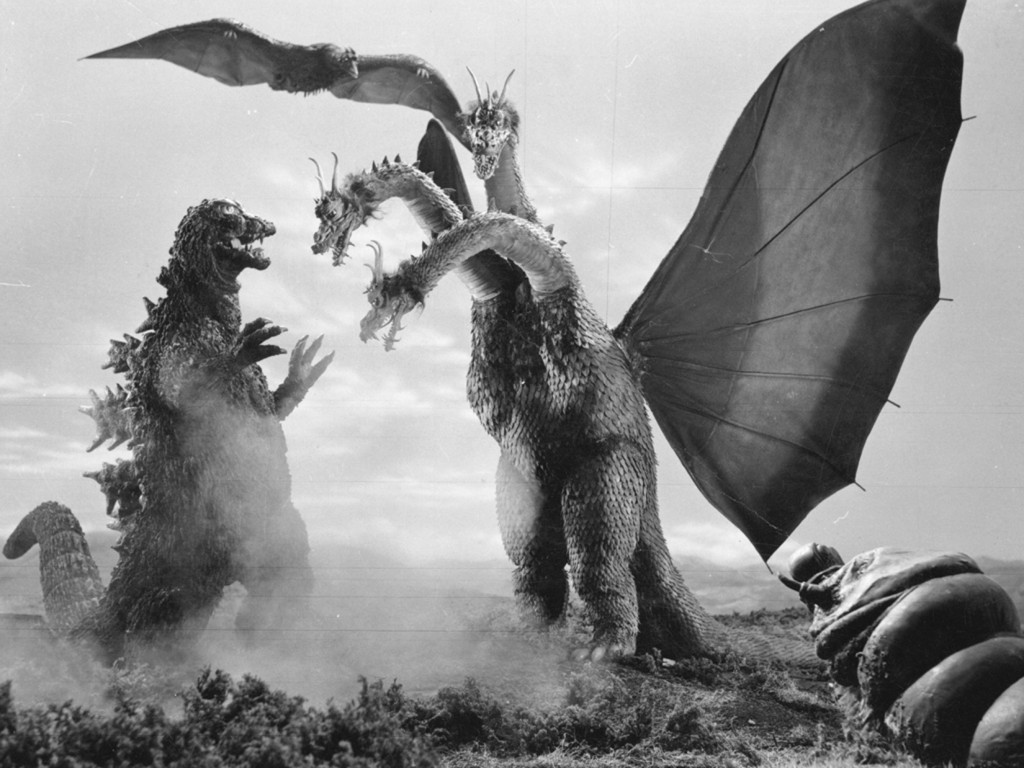 *Author Arin Kambitsis emailed me to let me know that his first book, Days of Yore: Jack the Giant Killer is now available on Amazon. He describes it this way:

After killing the marauding giant Oggmagog with a devious trick, a boy named Jack is brought before the dying King Arthur who sends him on a quest to Albion, land of the giants, to retrieve his sword Excalibur and save all of Britain.

*Virtual Graphics is launching a new line of books at the Angoulême International Comics Festival in France later this month. One of the comics they’ll debut is Tell, Volume 1: The Return of William Tell, “a Swiss-set sci-fi reimagining of the legend as a giant monster fighting crime and corruption.” [Bleeding Cool]

*Coming in March is Jeffrey Brown’s Incredible Change-Bots Two from Top Shelf, as well as a new printing of Volume 1.

*Speaking of Monsters, Gareth Edwards, the writer/director of that film has been hired to develop and direct the new, American Godzilla movie. Based on what I’ve heard about the lack of actual, giant monsters in Monsters, I don’t know whether to be fearful that the same thing could happen with Godzilla or hopeful about the possibility of Edwards’ finally cutting loose and having some fun.

One of the things I love about the original Gojira is its use of a giant monster to talk about real issues. We’re doing something similar with Kill All Monsters!, in fact. I expect that I’d appreciate this new film doing some of that as well, so Edwards might be just what the movie needs. I just hope there’s plenty of stomping in there with the allegory.

Crave Online offers more specific advice in 10 Things the Godzilla Reboot Must Do.

*Undead Backbrain has some screen shots and video of the Hulk fighting giant monsters from the animated Planet Hulk movie.

*And a trailer featuring the giant robots of War of the Worlds: Goliath. 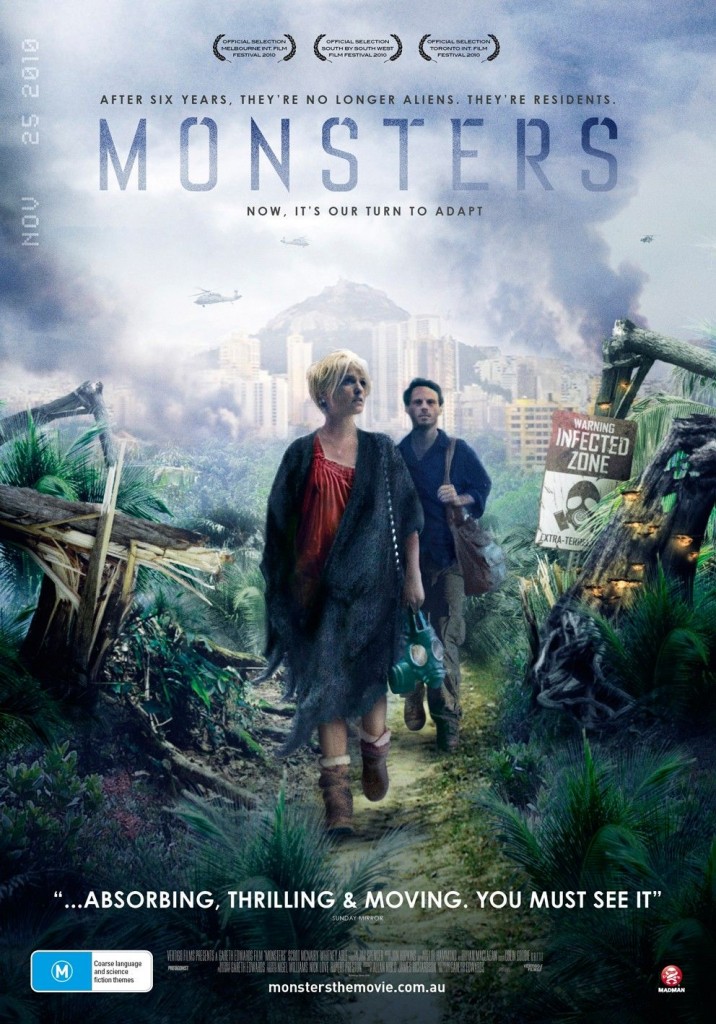 I have a couple of buddies who are my go-to guys for all things giant monsters. They’re far better read in the genre than I am and I’ve learned to trust their tastes. But I’m not one to follow advice blindly either, so when one of them told me to skip Monsters, I prepared myself for disappointment with the movie, but didn’t take it out of my Netflix queue.

My pal was kind enough not to reveal spoilers, but one of my favorite giant-monster blogs, Giant Monsters Attack! recently ran a review that let me know what my buddy was talking about. I haven’t taken Monsters out of my queue yet, but I’ve now lost all enthusiasm for the movie.

The entire review is worth reading, but here’s where my interest goes into the coffin:

Let’s just cut to the chase here; if you’re hoping for a cinematic monster mash, prepare to be disappointed. It’s not thatMonsters is an entirely bad movie, but the squid thingys are basically peripheral decoration in a film that’s focused on something else entirely. This is really a road trip story about two somewhat selfish characters who come to understand each other and themselves in a parable concerning globalization and the strained relationship between Mexico and the United States.

This is what it’s all about. Guys getting into giant robot suits to beat up on some giant monsters.

There’s not a lot of information about it, but Monster Island News has what there is, including a few stills.

And now for your Science News Break:

We interrupt your surfing to bring you this important message from the President of the United States:

Thank you. We now return you to your daily Internetting.

I should’ve mentioned this on Monday when I linked to the gallery of Real Steel stills, but the trailer is online too. 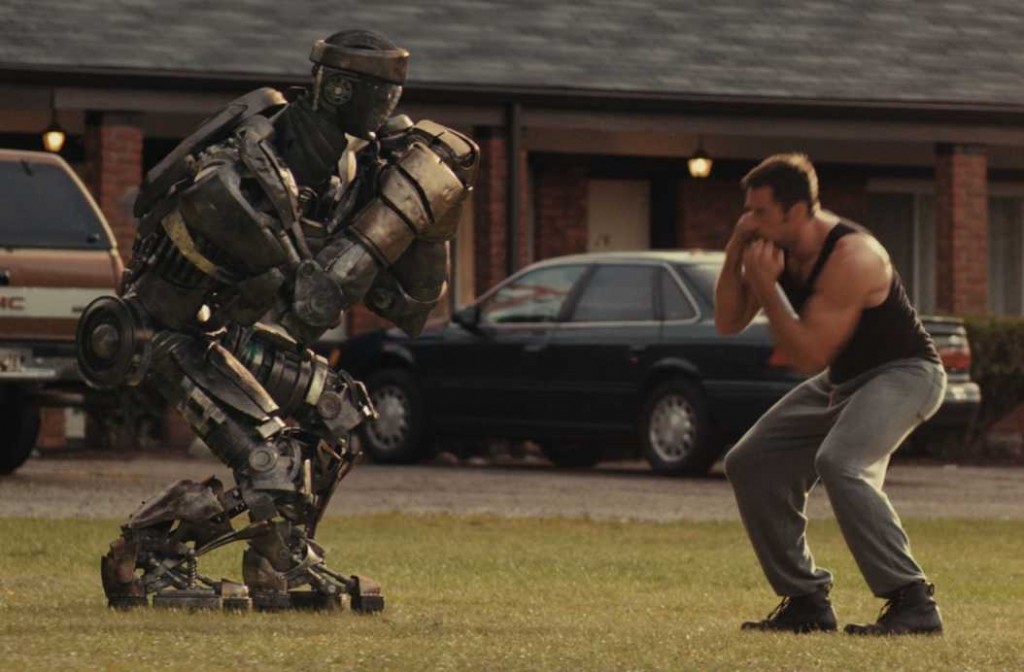 The robots in the Wolverine vs. Rock ‘Em Sock ‘Em Robots movie Real Steel aren’t that giant, but they’re still pretty darn big and I’m looking forward to watching them smack each other around. /Film has some high res photos from the film. 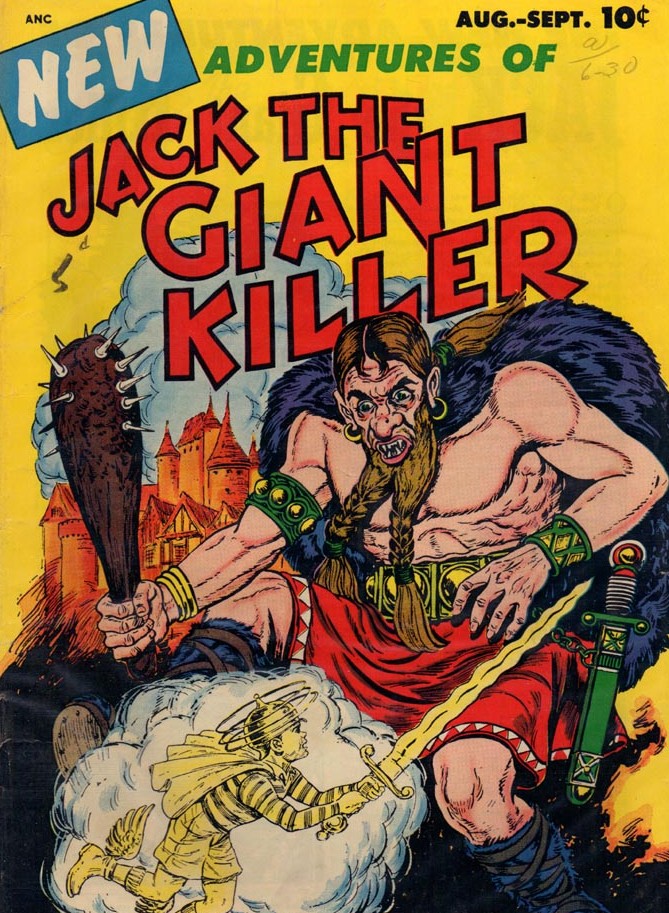 It’s not quite as far along as Apocalypse, CA, but there’s another giant film in the works. Bryan Singer’s directing a take on Jack the Giant Killer in which “a princess is kidnapped, threatening the long-standing peace between humans and giants…[and] a young farmer is then forced to lead a rescue mission to the giants’ kingdom.” The Hollywood Reporter‘s Heat Vision blog has the skinny on who’s being considered to play Jack and the princess. 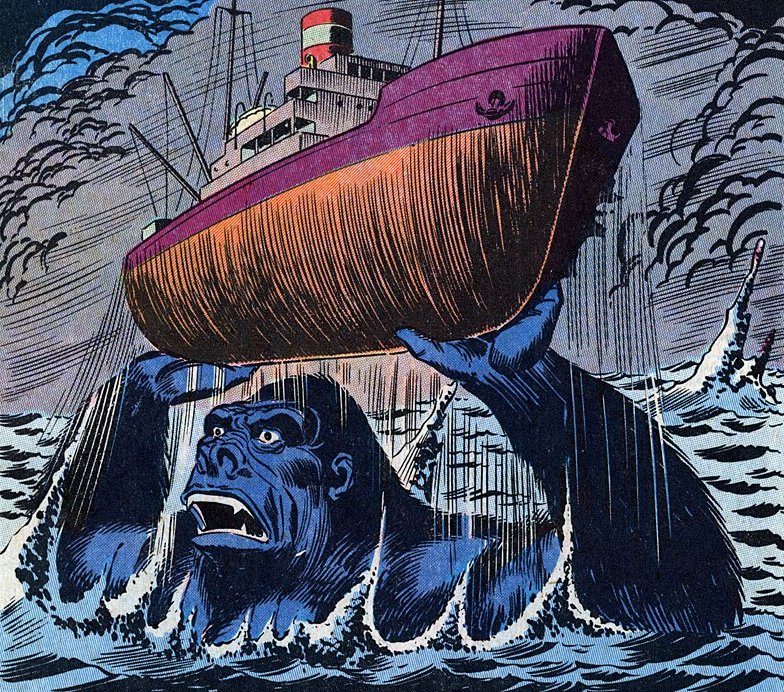 The Charlton Story has the complete comic book sequel to the 1961 movie Konga, a King Kong rip-off starring Michael Gough (Alfred from the ’90s Batman movies).