What’s the end of the world without a giant woman stomping around terrorizing teenagers? I don’t want to know.

The ever-vigilant Undead Backbrain has the details on this upcoming, low-budget film. 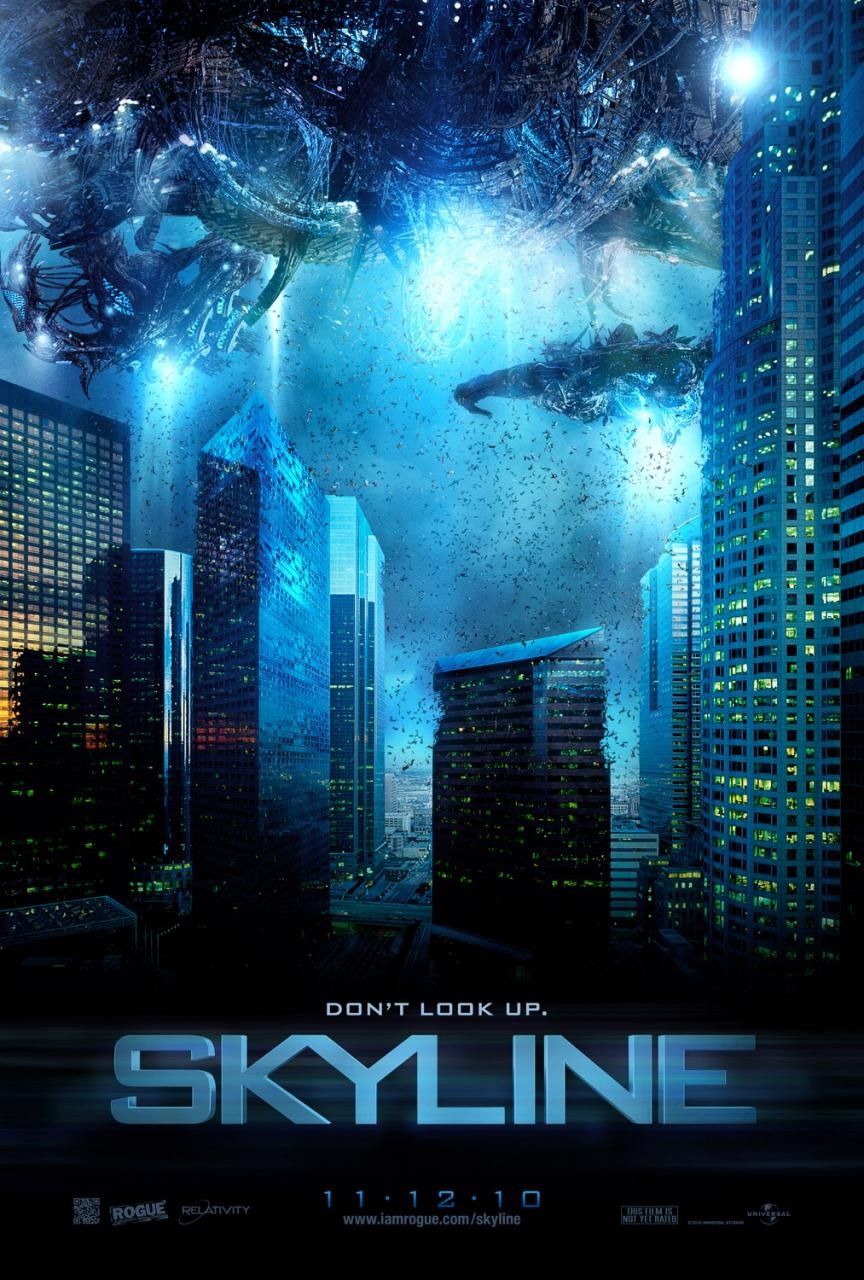 SPOILER WARNING: I’m going to reveal the complete “plot” (such as it is) of Skyline.

It’s a good thing I didn’t know Skyline was a giant monster movie going into it or I would’ve been even more disappointed in it than I was. The problem is that it doesn’t tell a story. Instead, it simply presents an idea – and not even a fully formed one. That idea is this: What if aliens invaded Earth and used human brains/souls to reproduce and power their technorganic ships/soldiers?

Actually, that’s not true. The way I just worded it implies that the filmmakers actually try to answer that question. They don’t. They simply present that scenario as seen through the eyes of forgettable, generic characters and pad it out for an hour-and-a-half with special effects shots and cliche horror-movie scenarios. To be fair, the effects are quite good, but that’s not nearly enough to make it watchable.

It opens with the alien attack and then inexplicably jumps back in time 15 hours to give us the backstory on the main characters. It’s inexplicable because the backstory is so dull that it’s not worth mentioning. Three lines of quick exposition would have revealed that Jarrod and Elaine are visiting LA to see Jarrod’s old friend Terry (Donald Faison deserves so much better than this) on Terry’s birthday. We don’t need to see the couple in the airplane from New York or in the limo to Terry’s swanky high-rise apartment. We don’t need to hear their vague fretting about what it’s going to be like for Jarrod to see Terry again.

This part is especially frustrating because it takes forever to figure out why Jarrod’s so nervous. It’s like there’s some kind of big secret about his past with his old friend, but when we finally learn what it is, it’s just that Terry is a successful special effects wizard while Jarrod’s still a struggling artist. Who cares?

That kind of anticlimax characterizes the entire movie. I enjoyed most of the middle section (as the characters try to escape the high-rise while giant and flying aliens try to kill them; sort of Independence Day meets Cloverfield meets Die Hard), but it doesn’t go anywhere. The characters are merely hoping to survive. They can’t affect the invasion, but watch helplessly as the military fights back for them. It’s not until the end of the movie that Jarrod and Elaine become important to the plot and at the very second they do…the movie ends. Continuing it beyond that point would’ve required the writers to come up with something resembling an actual story with a bona fide ending. But like I said, that doesn’t seem to have been on their agenda with this thing.