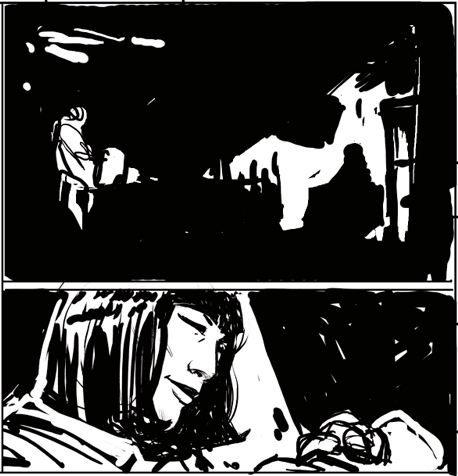 Next week, I’ll start a series of posts about the development of Kill All Monsters from concept to where we are today, but today I need to make an overdue announcement.

A few weeks ago, James Powell (co-editor of Postcards: True Stories That Never Happened) agreed to edit the story for us. We’ve had a couple of other editors in previous incarnations of the project, but – though they were very helpful – they weren’t able to dedicate as much time to KAM as it needed. There’s no dirty laundry there – we love both of those guys – it was just a matter of schedules that didn’t jive. Fortunately, James is available to work closely with me, asking the hard questions and helping me not to expect the audience to read my mind about stuff. Writing is hard, ya’ll!

I’ll probably have more to say later about some specific things that James has helped me out with, but as of last week’s update, the comic is now fully in territory that’s received the benefit of James’ influence. We’re working on having his name added to the credits (easier said than done, technologically), but I wanted to make sure he got credit here in the meantime.